Struggling circus owner Max Medici enlists a former star and his two children to care for Dumbo, a baby elephant born with oversized ears. When the family discovers that the animal can fly, it soon becomes the main attraction — bringing in huge audiences and revitalizing the run-down circus. The elephant’s magical ability also draws the attention of V.A. Vandevere, an entrepreneur who wants to showcase Dumbo in his latest, larger-than-life entertainment venture. 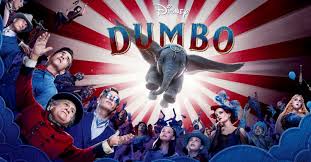 Out of all the liberties Tim Burton’s Dumbo took, I’m glad this reimagining got rid of the racist crows. 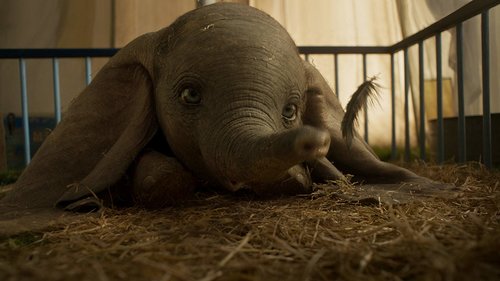 All jokes aside, there are several aspects of this that I admired.

Every scene that’s centered on Dumbo works. The effects done on the titular elephant is good as the VFX team maintains Dumbo’s adorable innocence. His introduction immediately warms your heart. While it never quite captures the same emotional impact of its source material, the emotional resonance of Dumbo is still present whenever he’s doing his own thing and tries to reunite with his mother. Sad to say, that’s minimal in the film.

Danny Elfman’s score is great. It’s upbeat and makes you feel like you’re going through the wonders of a circus.

Some of the cast was fun. Danny DeVito is fantastic because… hell, he’s Danny DeVito. Michael Keaton is fun to watch. I love seeing sleazy Michael Keaton in movies. He plays a very sleazy business guy that represents corporate monopolies, which is ironic and serendipitous that this subtext is in a Disney movie a week after the Fox deal became complete. I love how anti-Disney this Disney movie got for a bit, but WHY IS THAT IN A MOVIE CALLED DUMBO?!

Tim Burton’s Dumbo. It sounds like a very interesting concept by name. The man is very visual in his direction and proved to have such a hard-on for circuses throughout his career. There are so many movies where Burton exercises his fixation for the circus and carnivals where he incorporates them into his climax or creates set pieces which breathe that energy. Burton feels restricted with these familiar elements, from his casting choices like DeVito as the ringleader (again) to his collaboration with composer Danny Elfman, but it never feels fresh. The film is colorful… more so than his recent entries. The art direction is really good, which is expected. The second half gets more stylish and wonderful in regards to set pieces and architecture. Yet, with all the noted elements stacked, what the film lacks the most is a soul. Instead of this feeling like a Tim Burton movie, what you have here is just a hollow family film. I respect the angle it’s coming from as a reimagining, but it never commits to the story it wants to tell. 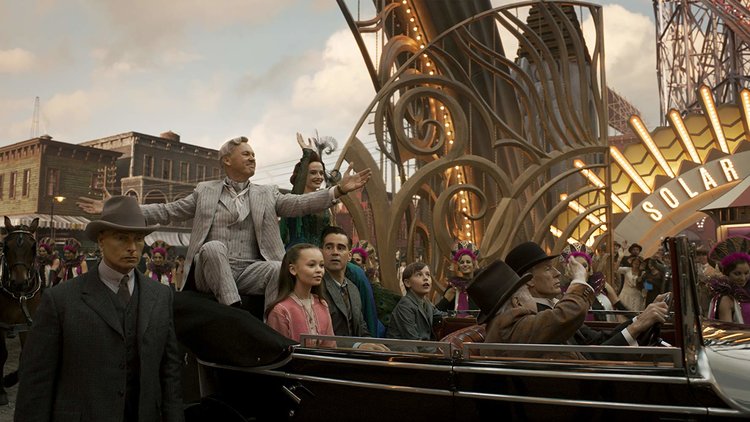 In this update set during WWI, the film centers mostly on this family in the circus consisting of a one-armed veteran and his two kids. There isn’t enough character development with any of them and you don’t care about them. Colin Farrell plays the one-armed dad named Holt, who you assume would’ve had a better role considering the film starts off focusing prominently on him and everyone’s reaction to his one arm when he comes home. When he comes home everyone in the circus is like, “WHOA!” as if they never saw a one-armed person… because… you know… THEY’RE A FUCKING CIRCUS. Let me tell you this: his disability adds nothing to the story at all. He literally could’ve had two arms and it wouldn’t have affected the story at all.  What’s the point of him being an amputee when there’s no significance to his character?

Then, you have his two kids who also provide nothing. Holt’s kids, older sister Milly and younger brother Joe are the focal characters who befriend Dumbo and they’re so damn hollow. You would expect Burton to know how to direct the kids given his career, but here he just lost it, for both of them are bad. Finley Hobbins is so bland and lacks a personality, for the movie focuses more on Milly (played by Thandie Newton’s daughter Nico Parker) and her performance is terrible. As a matter of fact, the boy is acting rings around Parker while she is stiff all the way through and delivers her lines so generically monotonous and it’s excruciating when we spend more time on her. They don’t even act like kids. Not only did they need more dimension so I could invest more into the story, but Burton clearly needed more time working on their performances. There is a scene where Farrell and Parker have a heart-to-heart and you don’t get that impact because she’s baaaaad.

Seriously, it’s Tim Burton who loves to get nuts, but he never gets nuts. This is his third film for the Disney in the last decade and, while this is toned down, there were opportunities for him to do something different. For example, the pink elephant parade sequence, which is one of the most iconic and bizarre scenes in animation of all time, is so damn tame that by the time it’s forced in there’s no real significance. Remember when I said that this has no racist crows? Well, this film needed them because replacing them with these awful kids was a bad choice. There were so many flat moments in that one scene that’s supposed to be an emotionally heightened moment and it never soars.

The dialogue in the film is bad and generic and that shows through the characters. Literally everyone is hollow except the elephant. I had to look up who wrote this and it’s the screenwriter of the last two Michael Bay Transformers movies and fuck yeah it shows. 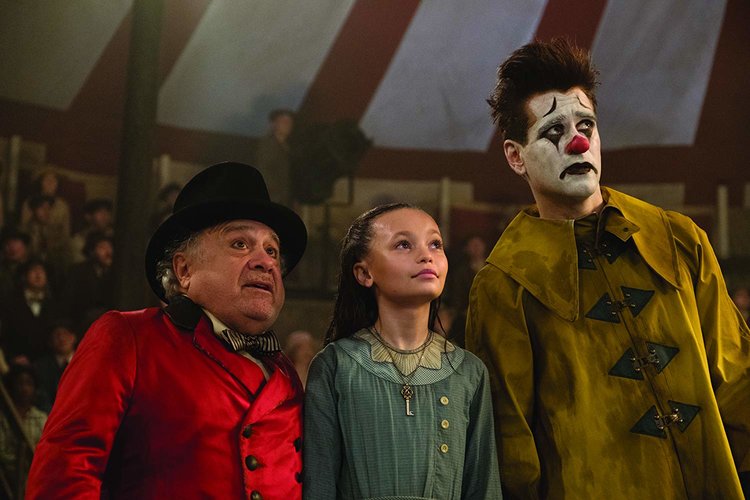 Conceptually, I did admire the new take the film follows with its subtext of the consequences of monopolies, but in its execution, it doesn’t have much substance to commit to because it’s adding way too many new elements that don’t fully piece together while failing to capture the source’s greatness. This is mostly because the film focuses on way too many one-note characters who have no soul in their personality or their performances.

Honestly, there wasn’t much for me to latch onto with this movie at all. It doesn’t work as a narrative. It doesn’t work as a Burton movie because it lacks his visual splendor and gothic darkness that kind of would’ve been welcomed. It doesn’t work as a remake because it doesn’t capture any of the emotion of the source material. As a film that delves into the monopolies of Disney and shifting the corporate gears that go along with their business model, this movie feels exactly like the product of that rather than a passionate or well-conceived project. Welp, you got three other remakes to go through and the next one is by Guy Ritchie.

NOTE: THIS IS CAMRIP AND IT’S NOT THE HIGH MP4 FORMAT.. REAL HD AND MP4 IS COMING SOON..